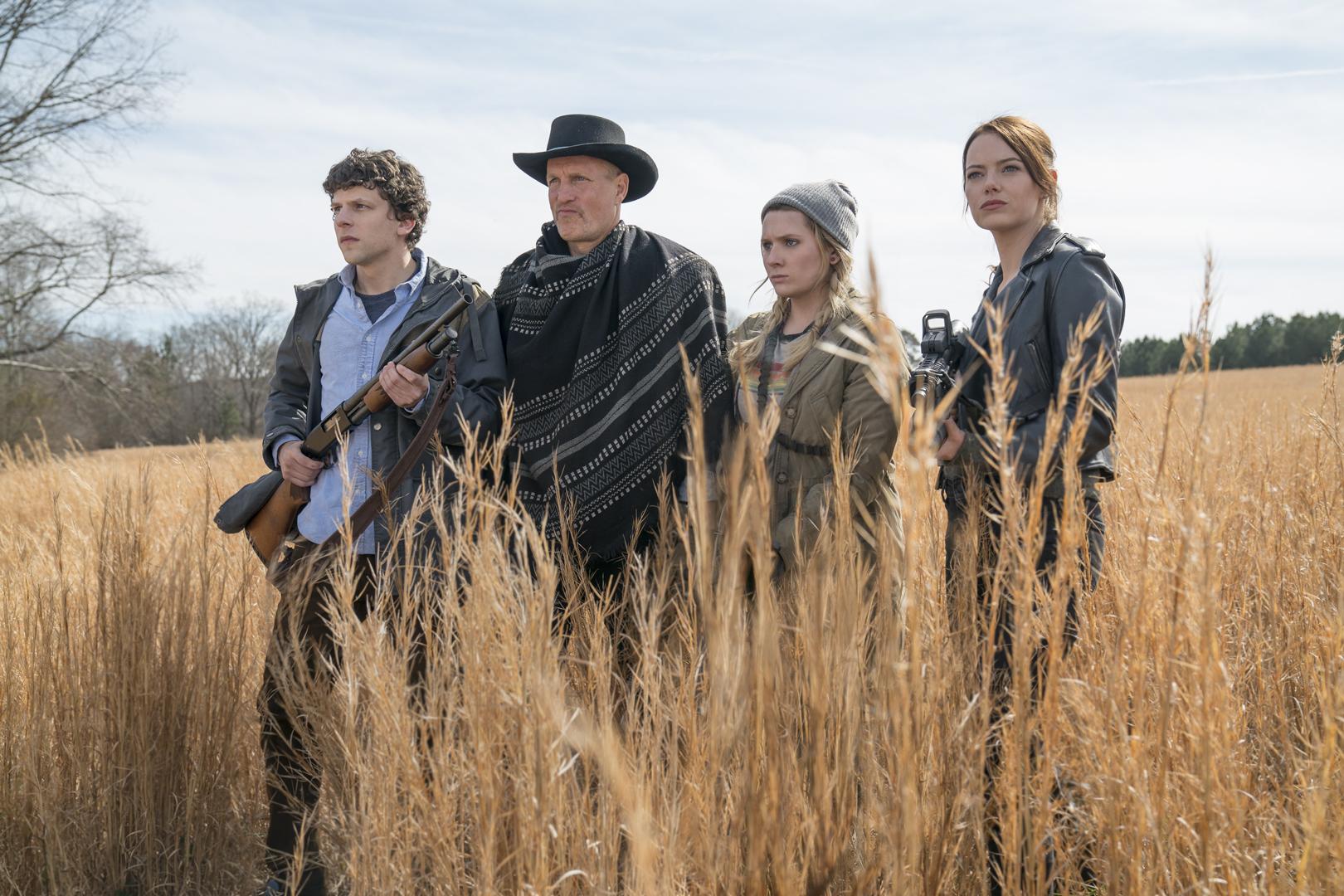 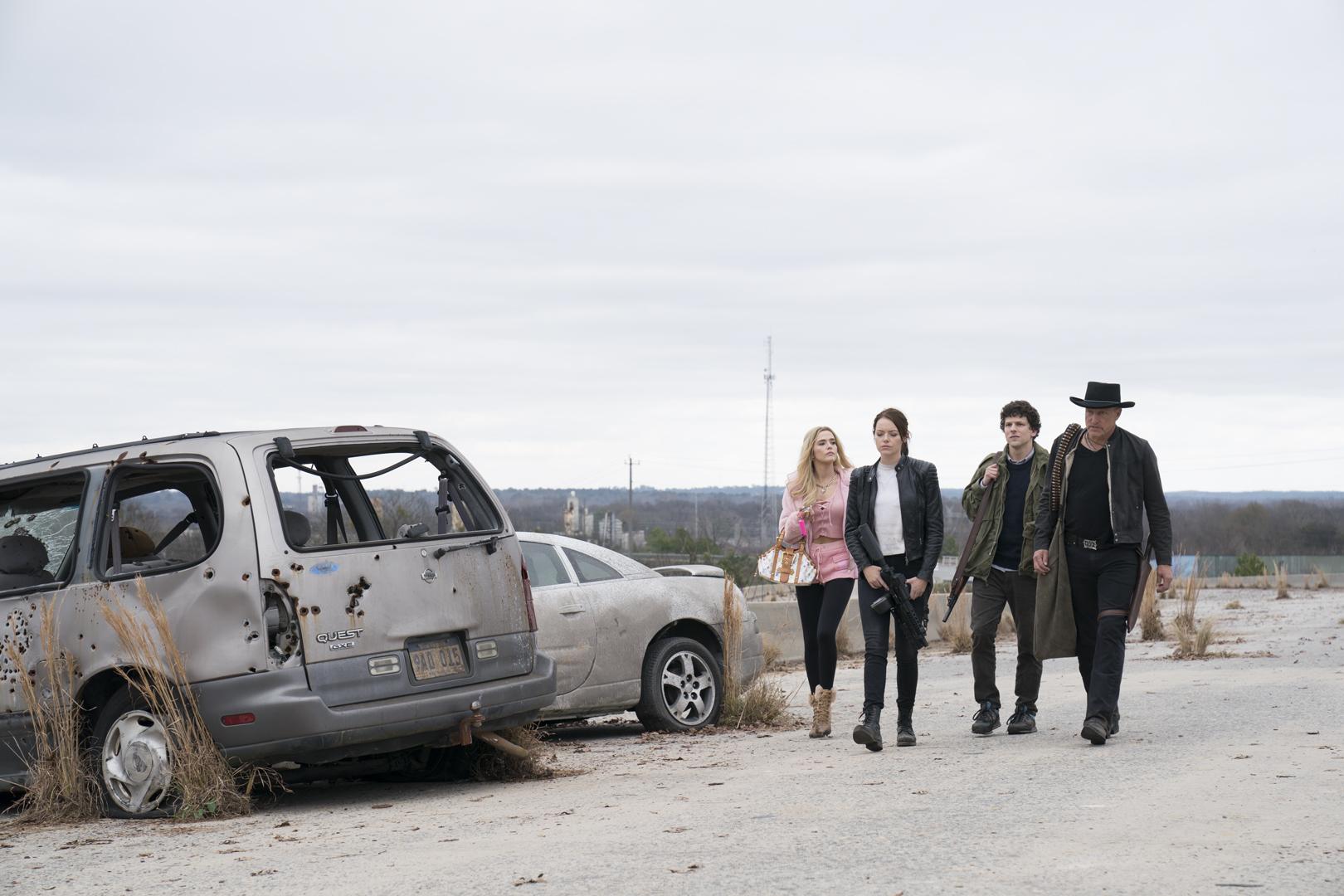 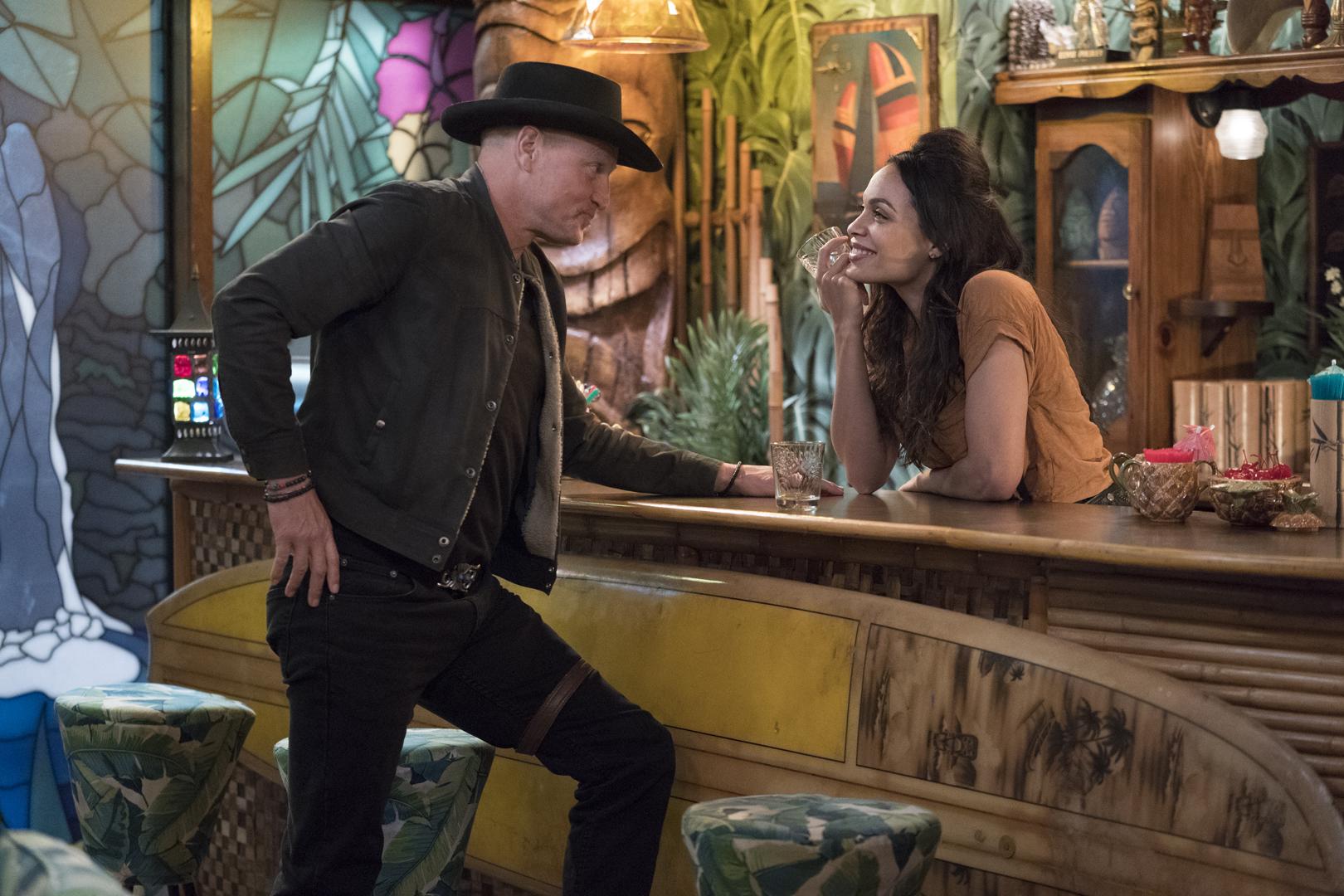 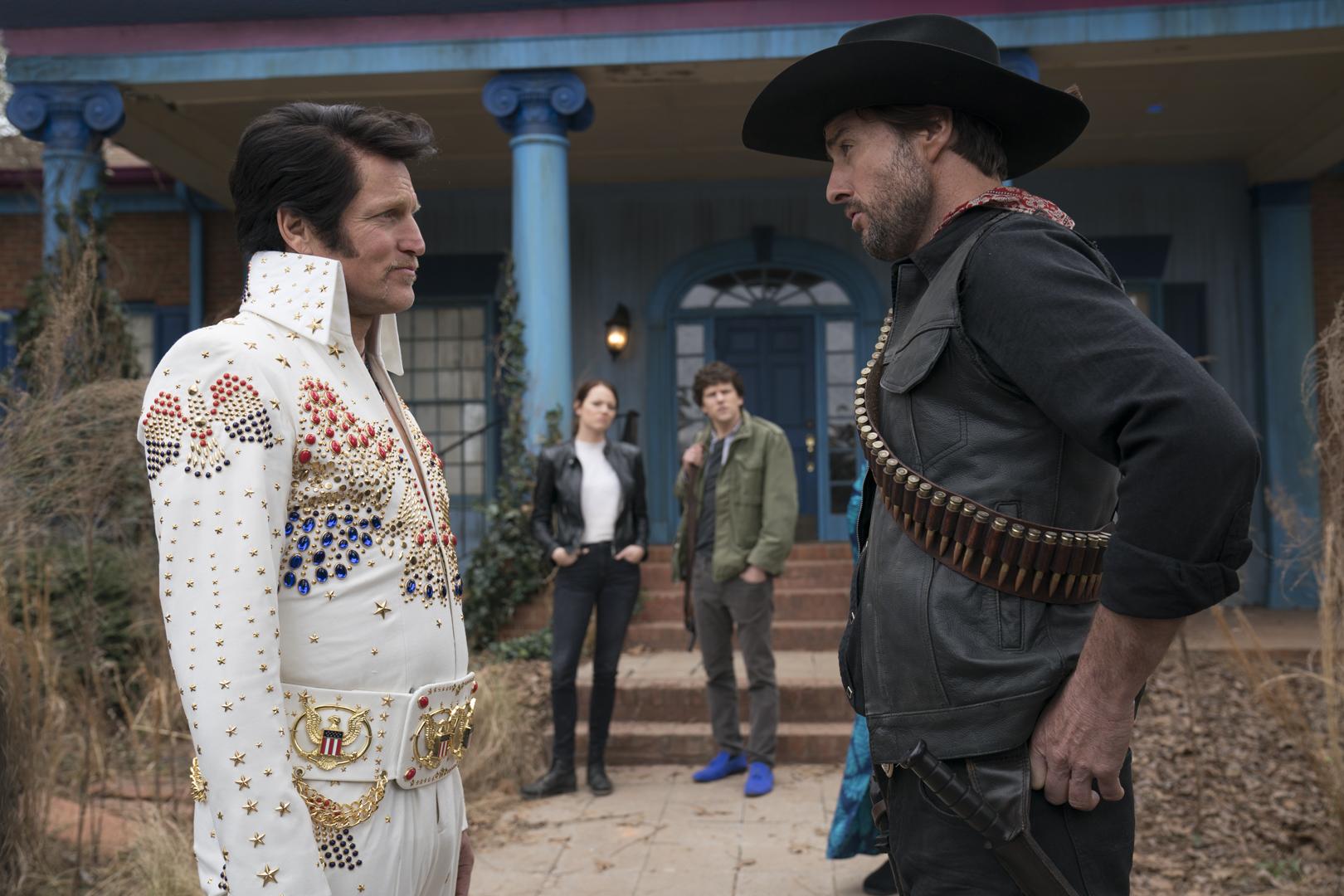 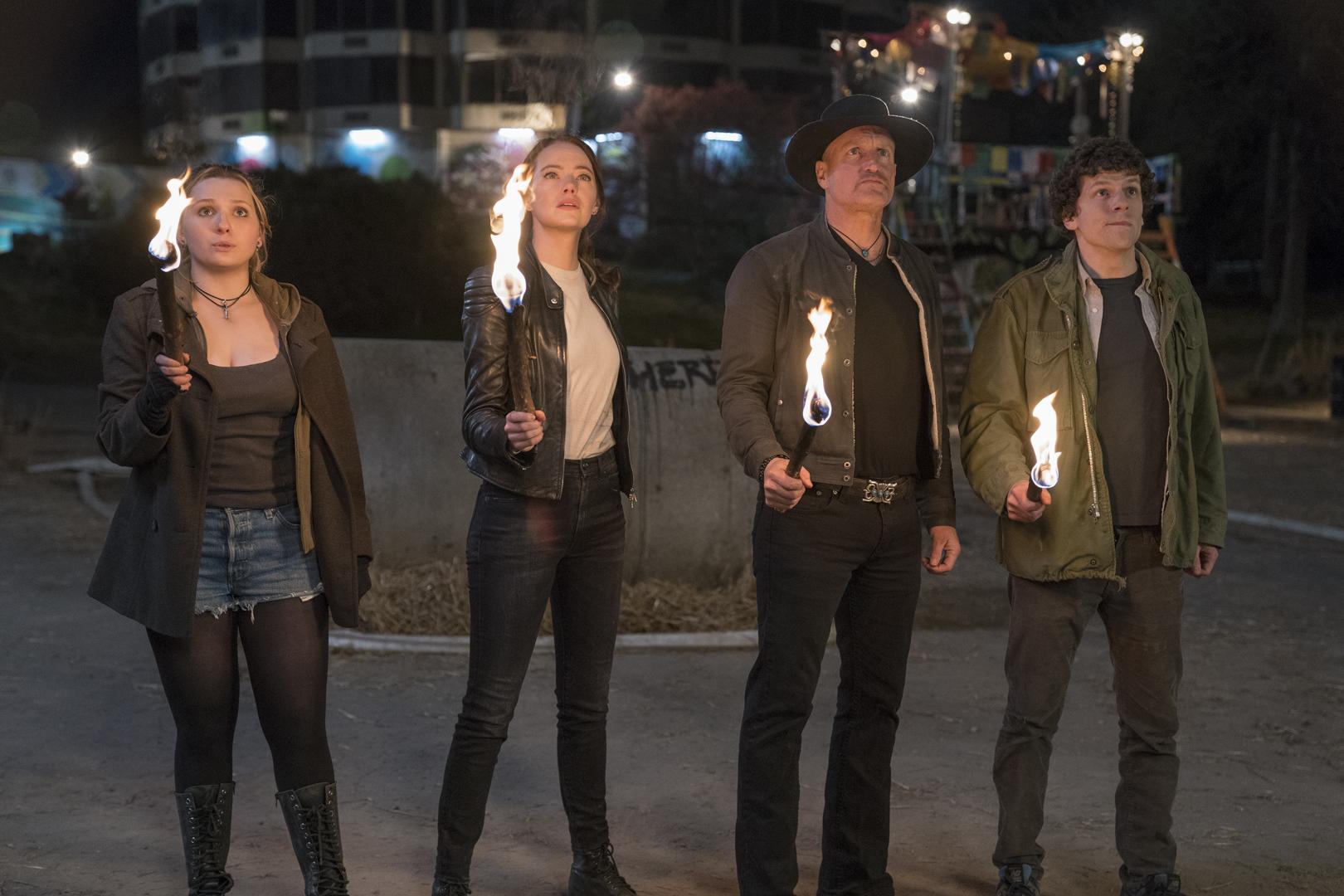 Ten years after the events of the first film, in an America overrun by zombies, survivors Tallahassee, Columbus, Wichita, and Little Rock have become experts in identifying and disposing of various zombies. Visiting the abandoned White House, Columbus decides to propose to Wichita using the Hope Diamond, while Tallahassee rebuffs Little Rock's hopes of meeting a boy and starting her own family. The next morning, Tallahassee finds a note from Wichita and Little Rock, who have left due to Little Rock feeling Tallahassee still treats her like a child, and Wichita’s fear she is too attached to Columbus.

A month later, while exploring a mall, Columbus is startled by Madison, who has survived alone for years inside Pinkberry. The vapid Madison annoys Tallahassee, but Columbus invites her back to the White House where she quickly seduces him. Returning and discovering Columbus has slept with Madison, Wichita explains that Little Rock has left for Graceland with a hippie named Berkeley, and informs the group of more agile and durable "superzombies”. Fearing for Little Rock's safety, the group head toward Graceland in a rundown minivan.

On the road, the group try to commandeer a luxury RV, but Madison triggers the alarm and they are attacked by zombies. Annihilating the horde, they encounter a superzombie that takes multiple gunshots to kill, leading Columbus to nickname it the "T-1000". Madison shows signs of "zombiefiecation", forcing Columbus to lead her into the forest to shoot her. Arriving at Graceland, the group finds “the Beast”, Tallahassee's modified presidential limousine stolen by Little Rock, at an Elvis-themed motel run by Nevada, who reveals Little Rock took another vehicle toward Babylon, a hippie commune. Bonding over their love of Elvis, Nevada and Tallahassee have sex.

Bidding Nevada farewell, Tallahassee is unable to drive Albuquerque's monster truck; Columbus takes over driving duties in the minivan. The group finds Madison, alive and driving an ice cream truck. Rejoining the group, she explains that her nut allergy caused symptoms similar to zombifiecation, when Columbus spared her in the forest. At Babylon, Little Rock and Berkeley learn guns are prohibited and melted down to make peace medallions. The group arrives at Babylon, relenting to the no-guns policy, and find Little Rock. Realizing she is now grown up and no longer needs his protection, Tallahassee leaves, as the hippies celebrate the group’s arrival with fireworks. Tallahassee finds a massive horde of superzombies attracted by the fireworks, and returns to warn the group. Left without guns, Tallahassee devises two plans: First, using fireworks to attract the zombies into an enclosed area, and exploding a tank of biodiesel. Second, commune members armed with barricade shields will corral the zombies off of a skyscraper, lured by Tallahassee.

The first plan proves ill-fated when the zombie horde is larger than expected, and the unarmed group is surrounded. Resigned to their fate, they thank each other for their companionship, but Nevada arrives in the monster truck, rescuing the group. The truck flips over, forcing them to journey up the skyscraper as Tallahassee delays the zombies. The survivors use shields to create a single path off the edge of the building. Pursued by the zombies, Tallahassee jumps off the building, catching the hook of a construction crane as the horde falls to their deaths. Two zombies seize Tallahassee's leg, but Little Rock shoots them with a forgotten pistol.

With Tallahassee saved and the zombie horde destroyed, Little Rock reconciles with Tallahassee, and Wichita accepts Colombus’ proposal of marriage. Little Rock breaks up with Berkeley, who hooks up with Madison; they stay behind as the group, joined by Nevada, leave Babylon. Columbus remarks that they have finally found their home in each other.